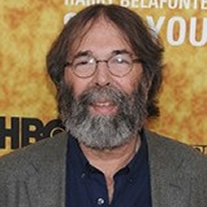 Mr. Cohl’s career spans over 45 years in the entertainment business, producing worldwide music tours including The Rolling Stones, Pink Floyd, U2, Barbra Streisand, and many more, as well as films such as Pete Seeger: Power of Song (Emmy Award), LENNONYC (Peabody and Emmy Awards), a film about Harry Belafonte, Sing Your Song (Peabody Award), and The Rolling Stones classics Live at the Max and Shine a Light.

Mr. Cohl has also produced live shows such as the children’s show Yo Gabba Gabba! Live! (2010 Billboard Touring Award for Creative Content) and has spent decades on and off Broadway with shows including SpiderMan: Turn Off The Dark (for which Mr. Cohl was voted Producer of the Year 2011), Rock of Ages, The Lion King, and Spamalot (Tony Award).

Mr. Cohl was previously the chairman of Live Nation, was inducted into the Canadian Music Hall of Fame, and has received a star on Canada’s Walk of Fame. Among his many other awards, Michael has also been honored with the Billboard Legend of Live Award, the TJ Martell Foundation Man of the Year Award, and a JUNO Award for Special Achievement.

Mr. Cohl is the founder and chairman of Iconic Entertainment Studios and is currently developing, producing, and promoting over a dozen properties including David Gilmour, Transformers Live!, An Evening with Al Pacino, A Night with Janis Joplin, Alvin and the Chipmunks Live on Stage!, and many more.