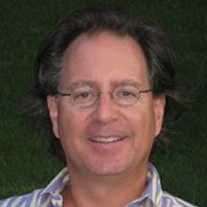 Mr. Fox was group president and publishing director of Condé Nast Publications, responsible for more than a dozen of the company’s media properties. In 2000, Mr. Fox helped acquire, and later become the president and CEO of, The Golf Digest Companies. From 2001 to 2008, Mr. Fox oversaw all properties that operate under The Golf Digest Companies’ umbrella.

Prior to his position at the Golf Digest Companies, Mr. Fox served as executive vice president of corporate sales of Condé Nast Publications. Mr. Fox was also a member of Condé Nast Publications’ executive management team. In 1994, Mr. Fox was named publisher of Vanity Fair. He was named Condé Nast’s Publisher of the Year in January 1997. In December 1997, Mr. Fox was promoted to the position of vice president and publisher. Prior to that, beginning in 1989, he was publisher of Details magazine, earning Magazine of the Year honors and Top 10 Hottest Magazine honors two years in a row.